Philosophy and Purpose of the Goju-ryu Bujutsukan
The fundamental philosophy of the Goju-ryu Bujutsukan is embodied in the saying of Goju-ryu Founder Chojun Miyagi Sensei: “Do not strike others, and do not allow others to strike you. The goal is peace without incident.” Students of bujutsu must always interact with others with humility, avoid confrontation, and work toward achieving their goals.
The Goju-ryu Bujutsukan aims to develop individuals of true sincerity with healthy bodies and minds through the continuation of the lineage and training in Goju-ryu bujutsu, one of Japan’s traditional cultures.
Furthermore, we aim to promote the sound development of youth who will lead the next generation while conducting activities that contribute to the development of Japan and the international community. 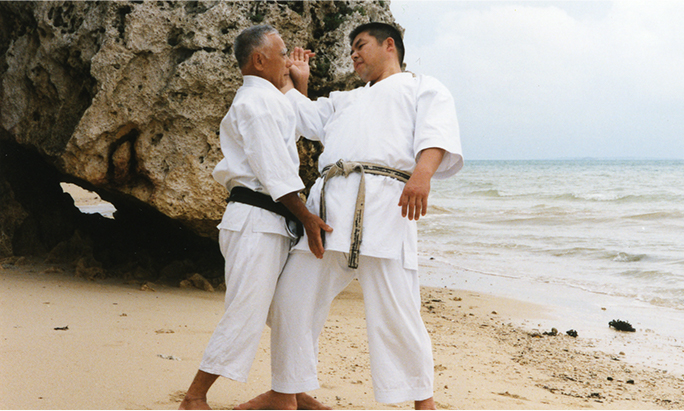 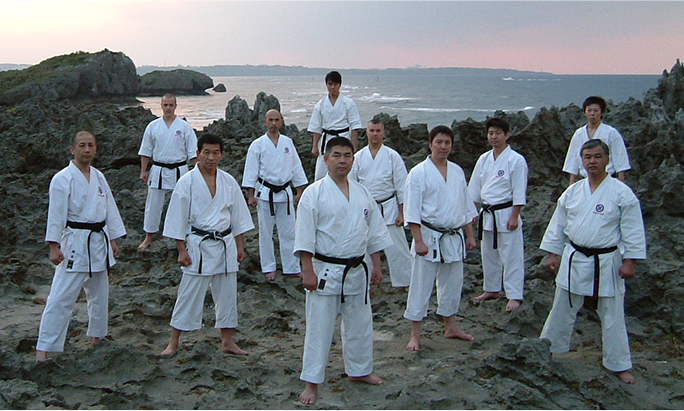 In the late 1860s, Kanryo Higaonna Sensei travelled to Fuzhou in Fujian China, where he became the uchi-deshi (private disciple) of Southern Shaolin master Ryu Ryu Ko. The 14 years he spent training there in Chinese bujutsu became the starting point of Goju-ryu.

The bujutsu Kanryo Higaonna Sensei brought back to Okinawa from China was later called “Naha-te” and passed down to his top disciple Chojun Miyagi Sensei, who subsequently systematized the art in a scientific and universally rational manner.

In 1930, Chojun Miyagi Sensei named his bujutsu “Goju-ryu”, inspired by a line of a poem: “Ho Goju Donto” found in the Bubishi, a martial arts tome from the Fujian Shaolin White Crane style.

The true essence of Goju-ryu was passed from Chojun Miyagi Sensei to Jinan Shinzato Sensei, his top disciple who was killed in the Second World War, and after the war to his Kanmon Deshi (last official disciple) Anichi Miyagi, Goju-ryu Bujutsukan First Soke. It has since been passed down to and carried on by Tomoyuki Kato, Second Soke.

The Goju-ryu Bujutsukan is an organization authorized to carry on Goju-ryu, which was passed down through Okinawa. We are dedicated to its preservation and carrying on its traditions through the lineage of its intangible culture. 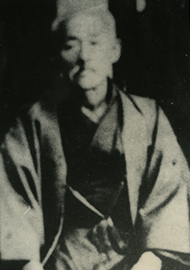 Kanryo Higaonna was born on March 10, 1853 in Nishimura, Naha City, Okinawa. Around 1867-1868, he traveled to Fuzhou, Fujian Province and began studying as the uchi-deshi (private disciple) of Ryu Ryu Ko, a master who studied at the southern Shaolin Temple. Ryu Ryu Ko Sensei placed the utmost trust in Kanryo Higaonna Sensei, who went on to continue perfecting his skills and became widely known in martial arts circles. After returning to Okinawa, Kanryo Higanonna Sensei dedicated himself as the leading light of Naha-te to spreading his art. He became to be known as the foremost karate (To-de) practitioner in Okinawa as well as the Founder of Naha-te. Kanryo Higaonna Sensei devoted his life to Naha-te before passing away in 1915, at the age of 63. 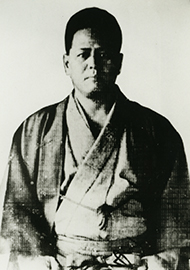 Chojun Miyagi Sensei was born on April 25, 1888 in Higashimachi, Naha City. In 1902 he began training under Kanryo Higaonna Sensei, the foremost authority on Naha-te. After continued training, he mastered the secrets of the art and became the successor to Naha-te. Starting in 1915 he visited Fuzhou, China over three occasions and researched Chinese kenpo. Even after the death of Kanyo Sensei, he continued his research and training in Bujutsu. In 1930, he named his style “Goju-ryu” and dedicated himself to its diffusion. Chojun Miyagi Sensei, the Founder of Goju-ryu, devoted his entire life to bujutsu. He passed away on October 8, 1953, at the age of 65. 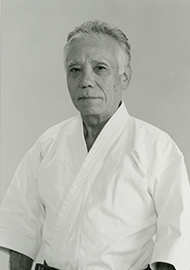 Anichi Miyagi Sensei was born on February 9, 1931 in Kamiizumi-cho, Naha City. In 1948, he began training under Chojun Miyagi Sensei and spent the later years of his teacher’s life inheriting all the teachings of Goju-ryu. After Chojun Sensei’s death, he faithfully protected his master’s teachings as his “Kanmon Deshi” (last official disciple) and devoted himself to pursuing the essence of Goju-ryu. Anichi Miyagi, the First Soke (Head of the Style) of Goju-ryu Bujutsukan, dedicated his life to the preservation and succession of true Goju-ryu bujutsu. He passed away on April 28, 2009, at the age of 79. 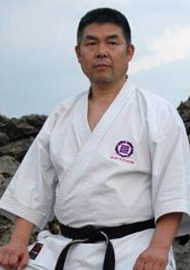 1991
Is appointed as Vice Chairman of the IOGKF 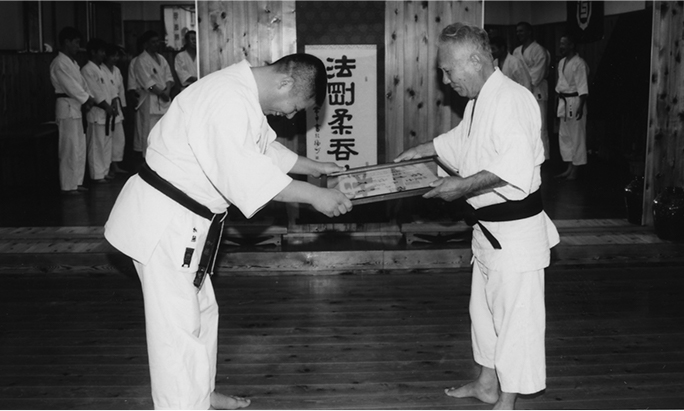 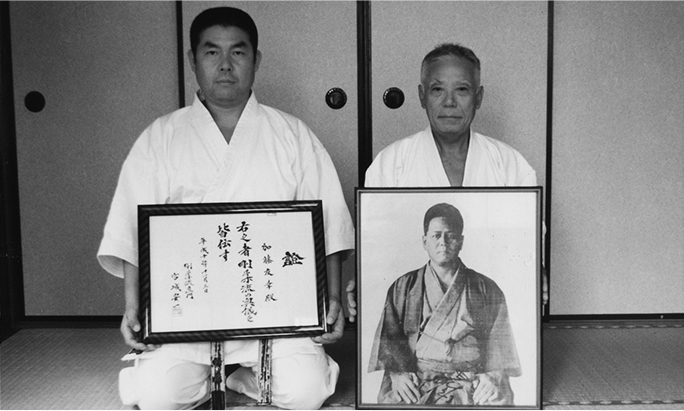